I/O schedulers and their impact on performance

For details about I/O schedulers (what are they?) refer to the previous article

My current set up :

What is being tested ?
==> Using AndroBench v3.4 default settings

==> Each available scheduler is tested 3 times

Results :
RAW data : the table displays mean result (out of 3) and related standard deviation to show how (in)consistent some results are.

Following graphs display Sequential and Random Read/Write per Scheduler
The higher the better. 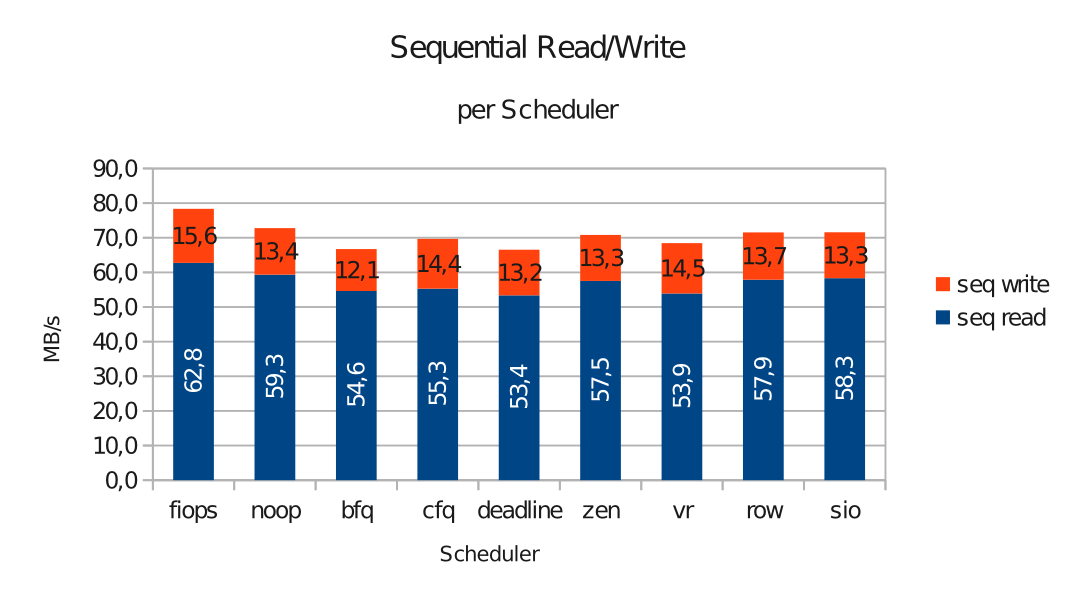 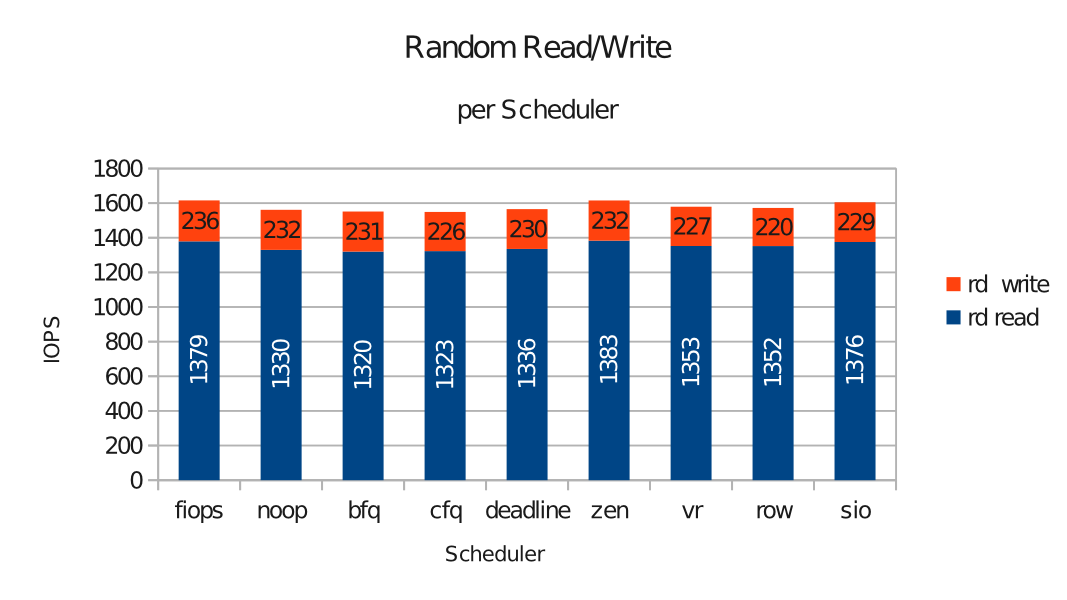 As we can see, results are not much different from a scheduler to another (unsignificant differences for Random IO)

Though we can see that fiops is a bit above the others (Zen, sio, noop and row are not that bad!)

To better discriminate the good and the evil, i tried to take the median result as 100% (median is not modified by extreme values contrary to average/mean)
==> remember : this is a delta% against median (100%), that way a little difference looks big (mostly because of the chosen scale) 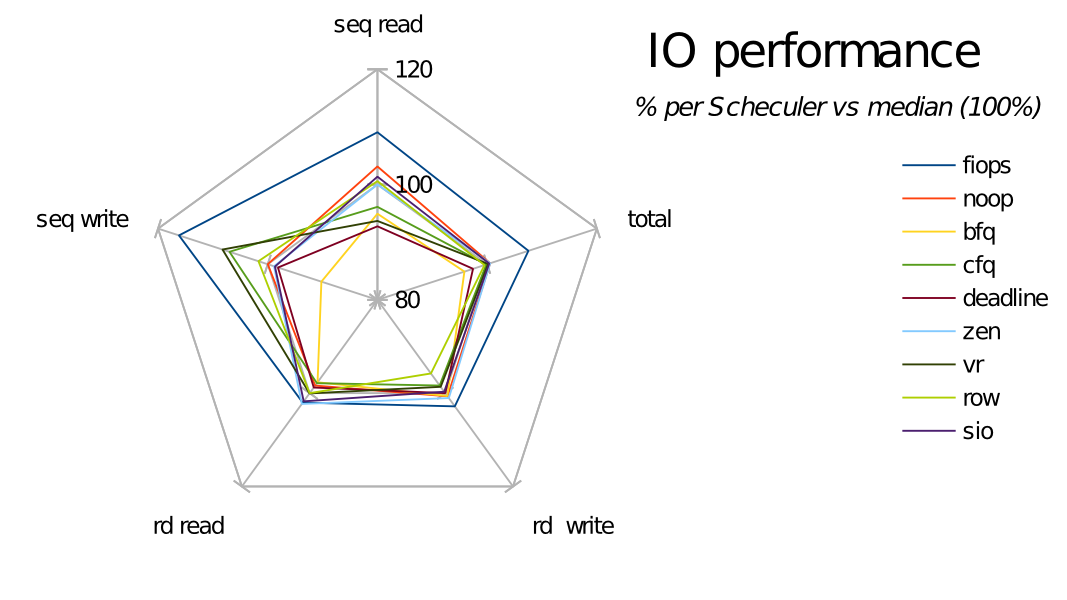 What does that show?
==> These results are not god's speaking, and may be differents with other tests/benchmarks AND devices.
(i may test SQlite insert, update and delete later, perhaps these will change results?? )

What are the limits?